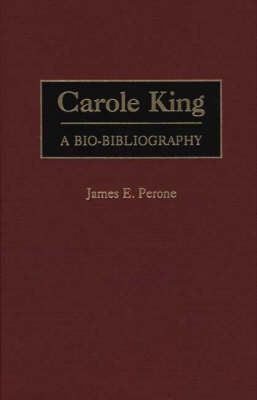 Carole King's early compositional work in the 1970s paved the way for many women songwriters of popular music. Among her best-known compositions are You've Got a Friend, Up on the Roof, Will You Love Me Tomorrow? and (You Make Me Feel Like) A Natural Woman. This reference encompasses Carole King's musical career from her compositions in the early 1960s through the 1990s, including her recently composed My One True Friend for the film One True Thing and Anyone at All for the film You've Got Mail. A brief biography of Carole King, which includes a critical analysis of her music, precedes an extensive discography of 1,275 recording entries and bibliography sections.