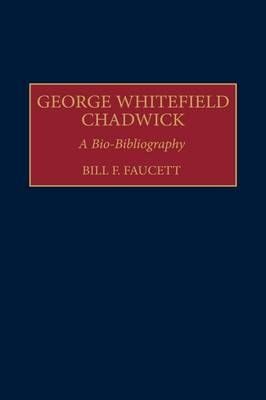 George Whitefield Chadwick was one of the most prolific composers that the United States ever produced. During a career that spanned over 50 years, he was considered the Dean of American Composers from the 1880s until after World War I. He composed in nearly every genre, including opera/stage works (seven), orchestral music (17 major works), songs (over 100), and dozens of choral and chamber works. Chadwick benefited from numerous performances of his music-particularly by the Boston Symphony Orchestra-and many of his works were published during his lifetime. He was also considered one of the foremost teachers of his era. He began teaching composition at the New England Conservatory of Music, and became its Dean in 1897, a post he held for more than 30 years. Chadwick and his music are currently enjoying a revival.