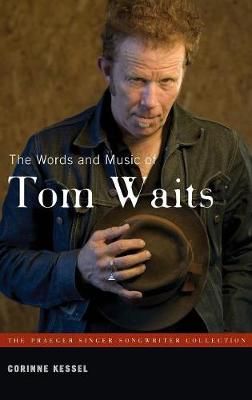 The Words and Music of Tom Waits

Tom Waits's distinctive, bourbon-soaked growl, his unique persona, and his incorporation of musical styles from blues to experimental to vaudeville have secured for him a top-shelf cult following and an extraordinary critical respect. The idea of the Wanderer - someone who seeks an escape from all of life's problems, and dreams himself into oblivion - serves as the fundamental personality type around which all Waits's music revolves. Ten years of producing and touring with Waits's macabre folktale adaptation across Canada and the U.S. has given author Corinne Kessel direct access to his work, creative process, and his associates. In this comprehensive analysis, Kessel examines all of the many characters that have appeared throughout the course of Waits' musical career, from Closing Time (1973) to Orphans: Brawlers, Bawlers, and Bastards.

His raw form of expression and his evocative lyrics work together to form an emotional chronicle of society's misfits, outcasts, and lowlifes. He is not the sort of composer to chase after shiny red fire trucks to awesome blazing fires, but instead looks after the intangible dreams found dissipating in the last wisp of smoke from a cigarette, held in the weathered hands of a broken soul. Here, author Corinne Kessel pursues Waits into this distinctly murky and unsettled atmosphere to address in particular Waits's enduring questions of reality, landscape, and identity.

Also included are appendices listing Internet resources, tribute albums and covers, and Waits's own extensive contributions to film and theatre.