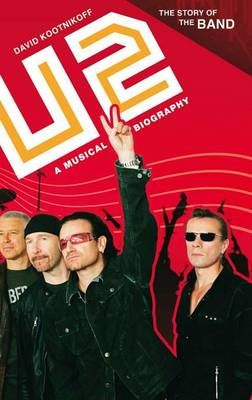 U2: A Musical Biography

This is the story of the phenomenally popular, critically acclaimed Irish band from its Dublin beginnings to the present.

U2: A Musical Biography tells the story of the phenomenally popular Irish rock band whose passionate songs and performances have taken them from their Dublin upbringing to the Rock and Roll Hall of Fame-all with the band's original foursome of Bono, The Edge, Larry Mullen, and Adam Clayton intact.

U2 follows the band from the early talent show victory that got them their first recording contract to their 1987 worldwide breakout with The Joshua Tree and the string of critically acclaimed albums and sold-out stadium and arena tours that followed. As the story of U2 unfolds, readers will get a sense of the strong interpersonal bonds and deep-rooted Christian faith that have kept the band together for over three decades. The book also highlights the group's ongoing commitment to supporting a variety of human rights causes worldwide.