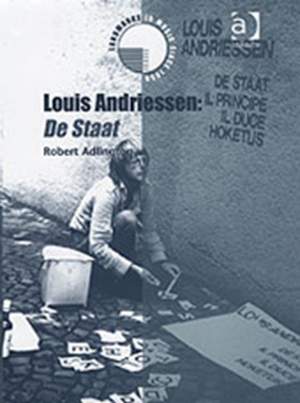 Louis Andriessen is one of the foremost composers in the world today. His music, with its distinctive blend of jazz, minimalism, Stravinsky and the European avant-garde, has attracted wide audiences internationally and made him a sought-after teacher among younger generations of composers. De Staat ('The Republic') brought Andriessen to international attention in 1976, and it remains his best-known work. This book is the first extended, single-author study of Andriessen in any language. It opens with a detailed account of Andriessen's involvement in the political upheavals of the 1960s and 1970s which formed the basis for his later views on instrumentation and musical style. The following chapters assess the principal influences on his music and the musical structure of De Staat. The book closes with an extensive discussion of the meaning of De Staat in the light of the composer's firmly held socio-political views. An accompanying CD includes a thrilling live recording of De Staat from the 1978 Holland Festival, plus two earlier works not previously commercially available on compact disc - De Volharding and Il Principe.