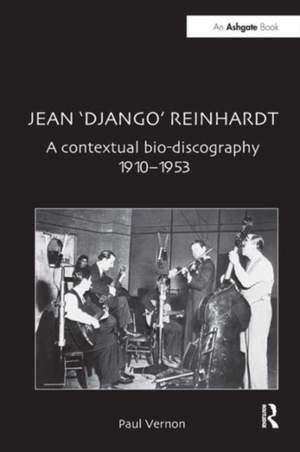 This volume gathers together and organizes in an easily accessible format all known information relevant to the life and work of the French jazz musician Django Reinhardt. Together with fellow musician, Stephane Grappelli, Reinhardt became one of the twentieth century's most celebrated jazz artists with performances he gave as part of the Quintet of the Hot Club of France. Essentially discographical in format, this book updates the original work compiled by Charles Delauney in 1960, and draws on later work by Gould, Nevers, Royal and Rust, to detail all known recordings by Reinhardt, together with known film, radio and television appearances. For each entry Paul Vernon provides, where known, the location of the recording, the date, the artist credit as it appears on the label of the original issue, the performers and the instruments played by them, the matrix number, the exact timing of the recording and details of 78, LP, EP and CD issues. Interspersed at the appropriate chronological points are biographical details about Reinhardt and the political, social and cultural climate of his time. This is augmented with excerpts from reviews, letters and other documents to provide a vivid context for his recording work.