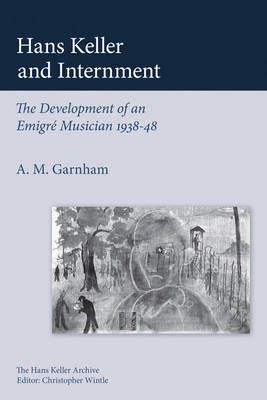 Hans Keller and Internment: The Development of an Emigre Musician

It is [...] fascinating to trace the emergence of the kind of 'Kellerism' that became such a strong feature of his journalism and scholarship from the letters [...] which he wrote as an internee — Musical Times More…

After World War II, the musical life of Britain was transformed by the Hitler emigrés. None was more influential than the writer and broadcaster Hans Keller who arrived in London from Vienna in 1938. Although his thought was grounded in the work of Kant and Freud, he devoted himself to music after hearing Benjamin Britten's Peter Grimes. His remarkable development was accelerated during the nine months he spent in British internment camps, where from 1940 onwards the deracinated flower of European culture was confined . This book sets the story of Keller's internment in the context of what is still a too-little remembered part of British wartime history and traces its remarkable effects in the decade following his release as he gradually found his niche in  London life. It includes several important texts, including that of his famous broadcast on the Kristallnacht, 'Vienna 1938', a selection of  poignant letters from his two camps (in translation) and ends with a spirited memoir by Donald Mitchell of 'Hans Keller in the Early Years'. It is a remarkable and elegant contribution to our understanding both of Keller's development and of Britain in the 1940s.

It is [...] fascinating to trace the emergence of the kind of 'Kellerism' that became such a strong feature of his journalism and scholarship from the letters [...] which he wrote as an internee