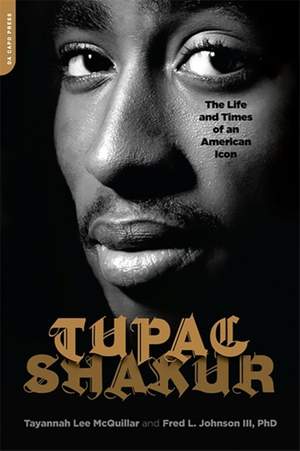 Tupac Shakur: The Life and Times of an American Icon

In 1996 Tupac Shakur, one of the most talented artists of his time, was murdered by an unknown gunman. Fred L. Johnson and Tayannah Lee McQuillar examine the theories surrounding his death and the story of Tupac's lost legacy in this definitive biography. For millions, Shakur gave voice to their stories, but there was also another side to him, revealed as his life spun out of control, as the whispered warnings from friends went unheeded and the denunciations of critics grew louder. Disturbingly, he sang and wrote about his impending death. When it came, it brought the music industry to its knees and ended an era when American rappers were leaders in using their art to speak the truth to corporate, government, and judicial power.