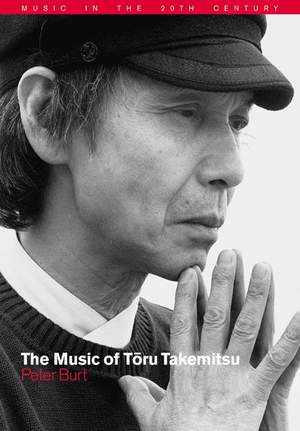 The Music of Toru Takemitsu

Toru Takemitsu (1930–1996) was the best-known Japanese composer of his generation, bringing aspects of Eastern and Western traditions together, yet he remained something of an elusive figure. The composer's own commentaries about his music, poetic and philosophical in tone, have tended to deepen the mystery and much writing on Takemitsu to date has adopted a similar attitude, leaving many questions about his compositional methods unanswered. This book is the first complete study of the composer's work to appear in English. It is also the first book in this language to offer an in-depth analysis of his music. Takemitsu's works are increasingly popular with Western audiences and Peter Burt attempts for the first time to shed light on the hitherto rather secretive world of his working methods, as well as place him in context as heir to the rich tradition of Japanese composition in the twentieth century.