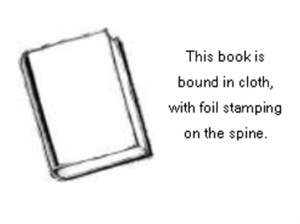 This book is painstakingly researched and documented...It's a beautiful, loving job — Cadence More…

Dick Wellstood first became prominent as a teenager in Bob Wilber's "Wildcats," where his stride-style solos brought him to the forefront of the jazz world. In the following decades he became a regular fixture at the premiere jazz clubs in New York and toured Europe to critical acclaim. Not only was Wellstood an expressive musician, but he was a literate and articulate writer as well. His articles and letters were published in Downbeat, Jazz Journal International, Sounds and Fury, and Jersey Jazz. He wrote liner notes for many albums which reveal not just his intelligence but his sharp sense of humor. Outside of the music world, Wellstood was a law student who taught himself Latin and German. Drawing upon Wellstood's unpublished personal correspondence and the recollections of his family, friends, and fellow musicians, Giant Strides explores the personality of this talented musician and intriguing man. Meyer's own writing and interviews with Wellstood himself, as well as Kenny Davern, Marty Grosz, Dick Sudhalter, Joe Muranyi, and Dan Morgenstern bring Wellstood to life in this vivid book.

This book is painstakingly researched and documented...It's a beautiful, loving job

Meyer has fashioned a truly comprehensive, intriguing biographical study of a man who defies definition by his very nature. This is biographical writing at its best

vastly interesting...very readable and sensible...a rewarding experience that should not be missed

Meyer does a straightforward job of telling Wellstoods' life story, and he brings to it a richness rare in many biographies...There are few biographies that succeed as well as Giant Strides in giving a true glimpse of what the creative life in jazz is about and why supremely intelligent people like Wellstood beat themselves up so badly to live it

samples generously from Wellstood's own writings (for a variety of publications) which reveal his intelligence and humor. Included are many entertaining anecdotes, some rather earthy, about Wellstood's musical experiences in and around New York

Dick Wellstood remains, all these years after his death, this writer's favorite pianist. This book is a welcome addition to his bookshelf