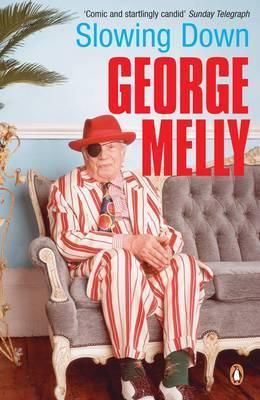 George Melly is 79 nudging 80. You'll probably think, 'That's not old these days'. And it's true, George is still swinging and singing, fly-fishing, flirting, and for now just playing at senility. But it's not as if he were the Queen Mother. He walks very slowly nowadays. He's losing control over his bladder, and his bowels. He no longer, being quite deaf, enjoys noisy parties. He's been seriously ill once, and not quite well often. And he's constantly being probed and tinkered with at St Mary's Hospital: like an old car in and out of the garage. Sex has walked out on him, but Irish Whiskey, in only slightly diminished quantities, remains a good friend. This remarkably cheerful book is his diary of it all. An extraordinary, darkly funny, frank, and larger-than-life account about how feels to be growing old and irresistibly Slowing Down.