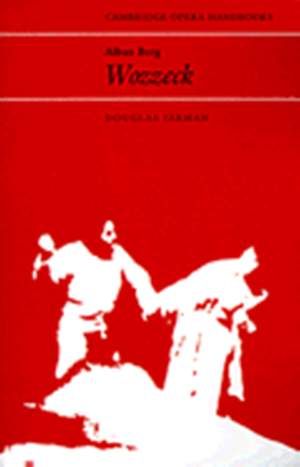 Alban Berg's Wozzeck is one of the most significant operas of the twentieth century. Douglas Jarman's study provides a clear and accessible introduction to this work, placing it in the context of the radical developments in musical language during the early decades of the century and of the development of Berg's own musical style. The book covers all aspects of the work. Early chapters are devoted to the history and discovery of the Buchner play Woyzeck on which Berg based the libretto and to the background and composition of the opera. A detailed synopsis takes the reader through the events on stage in relation to the structured musical effects. Particular attention is given in the subsequent chapter to the unique dramatic and musical design of the opera. In offering a possible interpretation of the work Douglas Jarman considers this closely organized structure in relation to the expressionistic language of the music. A final chapter charts the performances of the opera, in particular early productions, which are illustrated with many hitherto unpublished photographs from Berg's own lifetime. An important feature of the book is the inclusion of many important and otherwise unobtainable contemporary documents concerned with the play and the opera, includine Karl Emil Franzos's description of the reconstruction of the fragmented Buchner play and three commentaries by Berg himself on the opera. This comprehensive guide will be invaluable to the student and opera–goer wishing to unravel the musical and dramatic complecities of this important work.