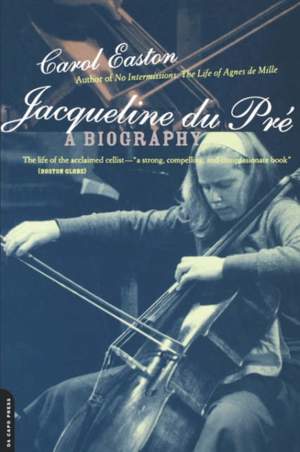 Carol Easton, who knew Jacqueline du Pre well, draws on this friendship to create a moving and insightful portrait of a singularly complex person. Jacqueline du Pre (the subject of the recent film Hilary and Jackie ) was the music world's "golden girl," with what appeared to many to be a fairytale career and storybook marriage to Daniel Barenboim. But away from her cello, du Pre was achingly human. As a child, she was isolated by her phenomenal talent. As an adult, she was confined to the rarefied, insular concert world. And during the last fifteen years of her life, she lived in the inexorably shrinking world of the invalid, as multiple sclerosis took its toll. The Baltimore Sun said, Carol Easton tells this extraordinary story "with feeling befitting du Pre's own."