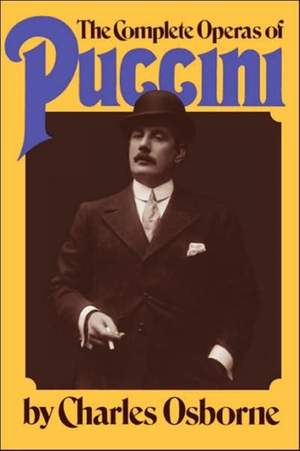 The Complete Operas Of Puccini

While Puccini wrote only twelve operas during a long life,three of them one-acters designed to be performed together,he has to be ranked today as the world's most popular composer of opera. His La Boheme and Tosca are more frequently performed in the major opera houses than works by other composers, and Madame Butterfly and Manon Lescaut rank not far behind. What is the explanation for Puccini's enormous success? How do his operas work as music and drama? What was he like to contemporaries such as Verdi, Toscanini, and Caruso? Charles Osborne, author of highly successful Complete Operas of Verdi and Complete Operas of Mozart, here analyzes the entire Puccini oeuvre,from Tosca and Turandot to the less-often performed Edgar, La Fanciulla del West, and La Rondine. His fourfold approach,linking biography with musical, textual, and dramatic analysis,is especially valuable for Puccini, who revealed many of his personal contradictions in his music and whose sense of detail can be appreciated by close study of the scores and characters. For the legions of Puccini lovers everywhere, this guide to his life and work can serve as an ideal reference source and opera companion.