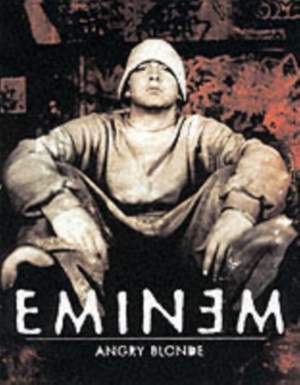 Today's hottest rapper' the enigmatic Eminem' delivers a provocative collection of his uncensored lyrics, complete with personal commentary on each controversial song. Angry Blonde is the only official Eminem book on the market, done with the complete authorisation and support of the rap superstar. Eminem is a multi-platinum recording artist whose albums The Slim Shady LP and The Marshall Mathers LP have sold nearly nine million copies combined. Eminem's most recent release, The Marshall Mathers LP, made music history as the fastest-selling album from a solo act in Billboard history' it sold 1.76 million copies in its first week and has netted 6 million copies to date. Entertainment Weekly called The Marshall Mathers LP "The first great pop record of the 21st Century." Eminem is everywhere. His face has graced the covers of Rolling Stone, Entertainment Weekly, and Spin, among other magazines; he has a Pay-Per-View special slated for Christmas 2000; and he will be performing at the MTV Video Music Awards this September. Eminem's personal life is also garnering him a lot of media attention: he's currently being sued for defamation of character by his mother and faces two separate assault charges. Along with his controversial lyrics and Eminem's own commentary on them, Angry Blonde will feature never-before-published photos.