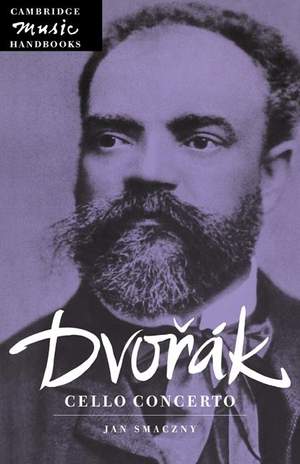 Dvorák's Cello Concerto, composed during his second stay in America, is one of the most popular works in the orchestral repertoire. This guide explores Dvorák's reasons for composing a concerto for an instrument which he at one time considered unsuitable for solo work, its relationship to his American period compositions and how it forms something of a bridge with his operatic interests. A particular focus is the concerto's unique qualities: why it stands apart in terms of form, melodic character and texture from the rest of Dvorák's orchestral music. The role of the dedicatee of the work, Hanus Wihan, in its creation is also considered, as are performing traditions as they have developed in the twentieth century. In addition the guide explores the extraordinary emotional background to the work which links it intimately to the woman who was probably Dvorák's first love.