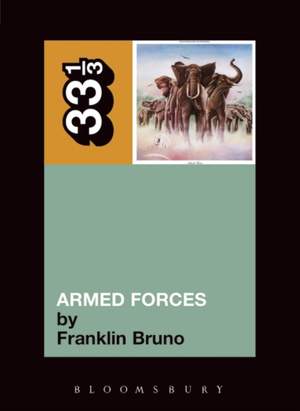 Thirty-Three and a Third is a series of short books about critically acclaimed and much-loved albums of the past 40 years. Over 50,000 copies have been sold! "Passionate, obsessive, and smart." -Nylon "...an inspired new series of short books about beloved works of vinyl." -Details Franklin Bruno's writing about music has appeared in the Village Voice, Salon, LA Weekly, and Best Music Writing 2003 (Da Capo). He has a Ph.D. in Philosophy from UCLA, and his musical projects include Tempting: Jenny Toomey Sings the Songs of Franklin Bruno (Misra) and A Cat May Look At A Queen (Absolutely Kosher), a solo album. He lives in Los Angeles.