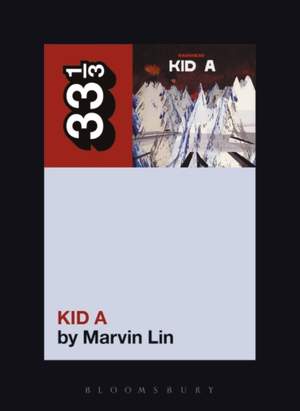 This is a brilliant exploration of Radiohead's game-changing album, looking at its place in the career of "The World's Best Band" with ten years of hindsight. Radiohead's Kid A never had a chance on paper. Not only did the band have the unenviable task of following up the near-universally lauded "OK Computer", but Kid A didn't even have an official single or video. Neither did it help that the band largely abandoned rock-pop conventions for a sound that traversed glitch, free-jazz, modern composition, and krautrock. Rather than simply reinforcing Kid A's canonical status, Marvin Lin situates the album in the temporal, examining it from various philosophical and cultural interpretations of time in order to arrive at its political and social stakes. Why should we care how time is expressed through its aesthetic components like repetition, sampling, and hybridization? Where does the album subvert our sense of time with songs like "Treefingers"? In which ways does it attempt to transcend time and with what implications? Time is perhaps art's biggest enemy - all human creations will be erased eventually - but it's through these various articulations that we are able to uncover some of the most interesting insights about Kid A. For more information on the series and on individual titles in the series, check out our blog.