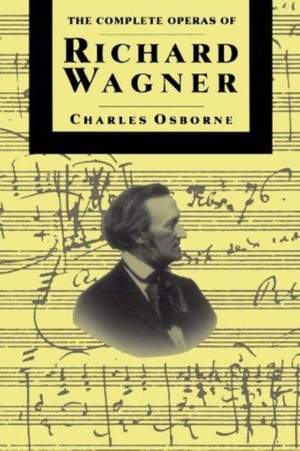 The Complete Operas Of Richard Wagner

Wagner's operas can be counted among the most important works of art of the nineteenth century. But Wagner was a composer around whom violent artistic, political, and literary controversies raged during his lifetime. Even today, Wagner's music seems to arouse either adulation or antipathy. In The Complete Operas of Richard Wagner, as in the first four volumes of his famous series on the great opera composers, Charles Osborne first describes the composer's life at the time he wrote each opera, thus providing a biographical thread which runs through the book follows it with a thorough examination of the libretto and its sources and lastly tells the story of the opera, which he links to the major musical features.This book is, in effect, a musical biography of Wagner, tracing his development from his first complete opera, Die Feen, to his last, Parsifal. It serves as an invaluable guide to the often perplexing Wagner oeuvre both for the regular opera-goer and the armchair listener.