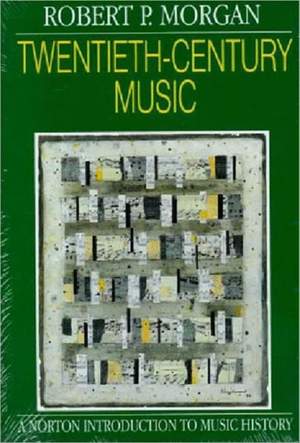 Morgan divides his text into three chronological sections. Beginning with such giants as Mahler, Richard Strauss and Debussy, he discusses national movements, as represented by Charles Ives and Ralph Vaughan Williams; philosophical movements as various as the Schoenberg/Berg/Webern alliance or "les six"; and the giants who were "sui generis", such as Bartok and Stravinsky. The "isms" such as serialism, minimalism, indeterminism, the new romanticism and pluralism, are clearly delineated and the electronic boom of the last decades is defined.