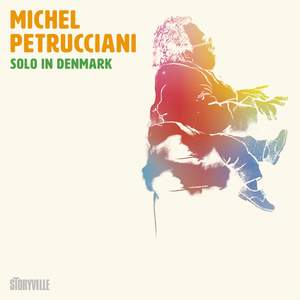 Ellington: In a Sentimental Mood

Michel Petrucciani: She Did It Again

Michel was one of the most popular pianists in the 1990's due to his extraordinary technique, his astounding musical outlook and extremely dynamic playing style. His music is simply timeless and magical, seemingly coming straight from his soul. As he is often quoted: "I'm not playing to your head, but to your soul. When I play, I'm like a bird flying over the landscape, and I can land anywhere."

Recorded on June 23, 1990 at the Silkeborg Riverboat Jazz Festival in Denmark, this album is a tour de force that leads the listener through a series of the most iconic motifs in jazz, all of which are deconstructed and transformed by an outstanding craftsman and embellished along the way by a true master. And he also allows himself to insert unexpected twists and turns that are guaranteed to make the listener smile. Pay special attention to his small rhythmic and melodic tags, little hints for the well-trained ear. They reveal a musician who never grows complacent or takes himself too seriously.

Michel Petrucciani was a highly charismatic and high-spirited character, despite being hindered by a genetic disease called osteogenesis imperfecta, or brittle bone disease. He was extremely short, standing at three feet. Luckily, his hands were of normal size, but he had special modifications to reach the piano's pedals.

Originally heavily influenced by Bill Evans, and to a lesser extent Keith Jarrett, he developed into a one-of-a-kind powerful pianist with his own individual voice on the international jazz scene.

Michel Petrucciani died of pulmonary infection on January 6, 1999, at the age of 36.