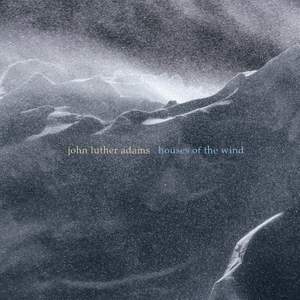 Houses of the Wind

"Houses of the Wind" is a shimmering, mesmerizing electro-acoustic piece composed in 2021.

“Much of my music of the past thirty-some-odd years has grown out of my experiences listening to aeolian harps. Yet, until now, I’ve never incorporated those sounds directly into the music

“In the last two decades of the 20th century, I made field recordings of elemental sounds all over Alaska—fire, ice, thunder, glaciers calving into the sea. Recently, I transferred those aging tapes to more stable media. Listening to the very first segment of a small aeolian harp, recorded in the Arctic in the summer of 1989, I was captivated. The voices of the wind singing through the strings of the harp brought back vividly the clarity of light, the sprawling space, and the sense of possibility I had felt.

“Houses of the Wind (2021–22) is composed entirely from that single ten-and-a-half-minute recording, transposed, layered on itself, and sculpted into five new pieces of the same length. The world has changed since then, in ways we couldn’t have imagined. The winds rising around us now seem darker, more turbulent and threatening. Yet still, if this music is haunted by feelings of loss and longing, I hope it also offers some measure of consolation, even peace.”