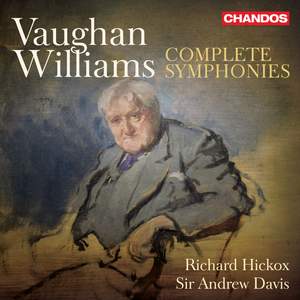 To celebrate the 150th anniversary of the birth of Vaughan Williams, we are proud to reissue this outstanding symphony cycle. Started in 1999 by Richard Hickox and the London Symphony Orchestra, this was the first Vaughan Williams symphony cycle to be recorded in Surround Sound and released on Hybrid SACD. Tragically, Richard Hickox died before he was able to complete the project a task that was undertaken by Sir Andrew Davis and the Bergen Philharmonic Orchestra. This reissue is priced at 6 discs for the price of 2, and features almost an hour of bonus material broadcast interviews with Sir Adrian Boult and Sir John Barbirolli, and reminiscences from both Ursula Vaughan Williams and the composer himself.