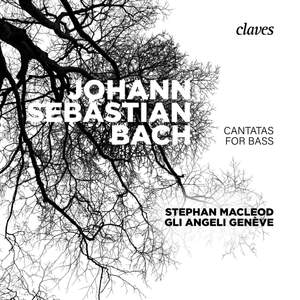 Gli Angeli Genève was founded in 2005 by Stephan MacLeod. This ensemble of variable size plays on period instruments (or copies thereof) and comprises musicians who pursue a career in baroque music but are not active in this field only: they do not solely play early music. Their eclecticism guarantees the vitality of their enthusiasm. It is also a driving force behind their curiosity.

From the very beginning of its musical adventure – solely focused for several years on the concert performance of the complete Bach Cantatas, with three concerts per season in Geneva – Gli Angeli Genève has been a meeting place for some of the most famous singers and instrumentalists on the international Baroque sceneand young graduates of the Basel, Lyon, Lausanne and Geneva music schools.

The ensemble’s first two recordings, released in 2009 and 2010, won critical acclaim and international recognition. Gli Angeli Genève now gives over ten concerts each season in Geneva. These include the complete Bach Cantatas and a series of annual concerts at the Victoria Hall, as well as performances within the ensemble’s own Haydn-Mozart Festival and a season of chamber music concerts from September 2022 onwards. Gli Angeli is also much-demanded in Switzerland and abroad for performances of music by Bach, Tallis, Josquin, Schein, Schütz, Johann Christoph Bach, Weckmann, Buxtehude, Rosenmüller, Haydn, Mozart and others. In recent seasons, Gli Angeli Genève has been in residence at the Utrecht Festival and the Thüringer Bachwochen and has also given concerts in Basel, Zurich, Lucerne, Barcelona, Nürnberg, Bremen, Stuttgart, Brussels, Milan, Wroclaw, Paris, Ottawa, Vancouver and The Hague. It is a regular guest at the Saintes and Utrecht festivals, the Musikfest in Bremen and the Bach Festival in Vancouver. The ensemble made its debut at the Grand Théâtre de Genève in 2017 and the KKL Luzern in 2019.