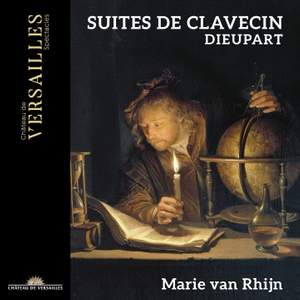 François Dieupart is an intriguing composer of the early 18th century and a pioneer of the repertoire, even before Couperin and Rameau, a precursor of the "Goûts Réunis" whose grace already heralded the Regency. Closely associated with the English court exiled in France, Dieupart travelled to England at the turn of the century where he stayed for three decades.

Drawing on French and Italian styles, his music remains eminently personal, full of delicacy and freshness of tone. First performed in 1702, his new style of music enjoyed a lasting success throughout Europe, even inspiring Bach: Marie van Rhijn reveals its secret enchantments.