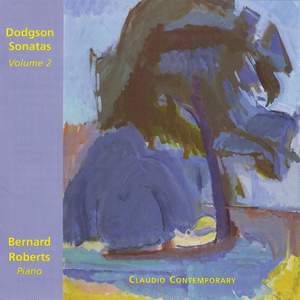 Piano Sonata No. 1 in F: I. Allegro con brio

While some parts of Stephen Dodgson’s work have become relatively well-known - in particular his music for guitar, which has an international reputation - much of his output is known only partially and to a limited circle. His large output of music for harpsichord is the result of a long association with many of its leading exponents, with resulting requests and commissions, and has attracted a circle of admirers. By contrast, his equally distinctive and idiomatic writing for the piano has in only two instances been prompted by commissions (Sonatas Nos. 2 & 3). All the rest has arisen from purely personal impulses. This recording serves as an introduction to it. Stephen Dodgson was for many years a teacher at the Royal College of Music, London, where he had himself been a student post-war. For 40 years he has been a well-known reviewer/commentator on the radio in addition to supplying many scores for BBC drama productions over the years. He remained active and continued to develop his career as composer from his home in London until the time of his death.

Sonata No. 3 is the best introduction to Stephen Dodgson and his piano music.