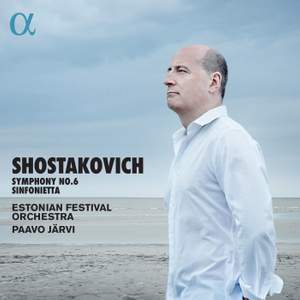 [Järvi’s] super-group is not huge but its bright clarity, with violins antiphonally placed, does not preclude the plumbing of depths both physical and emotional…This must be one of the finer... — Gramophone Magazine, March 2018 More… 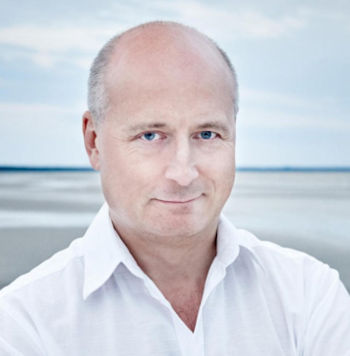 Katherine is impressed by the bracing, visceral playing of the Estonian conductor's summer festival band, making their recording debut with two works by Shostakovich.

The Järvi family is a pillar of Estonian musical life. Paavo is now director of the Pärnu Festival, held in August each year, which brings together the finest Estonian musicians, joined by the cream of European orchestras: members of the Deutsche Kammerphilharmonie, the Berliner Philharmoniker, the Orchestre de Paris etc. Paavo Järvi (recently appointed music director of one of the world’s leading formations, the Tonhalle Orchester Zürich) frequents all these instrumentalists regularly, and now works alongside them, ‘unpretentiously, in a warm, collegial manner’ for a series of highly convivial concerts on the shores of the Baltic: ‘magical and incredibly appealing’, says Die Welt.

Paavo Järvi has now decided to record with this outstanding orchestra. For this first release, he has chosen Shostakovich, a key figure of the twentieth century, for both the region and the Järvi family: Paavo used to meet him as a child when the composer came to visit his father Neeme! The programme consists of Symphony no.6 and the Sinfonietta op.110b, a rare arrangement of the String Quartet no.8 by Abram Stasevich for string orchestra and timpani. This first release in 2018 will also coincide with the centenary of the independence of the Estonian Republic and a tour that will take the orchestra to several major European cities.

[Järvi’s] super-group is not huge but its bright clarity, with violins antiphonally placed, does not preclude the plumbing of depths both physical and emotional…This must be one of the finer Sixths of the digital era…the finale whirls us to its end with articulate ferocity at a tempo almost faster than the players can manage.

Though [Järvi’s] clearly the musical as well as organisational driving-force behind the enterprise the prevailing atmosphere is of chamber-music on a grand scale rather than simply a calling-card from a slick new super-orchestra...the first appearance of the timpani launches the ferocious Allegro molto like a starting-pistol, and the strings respond in kind with playing that’s raw and percussive.

The playing is deliciously fresh and alive.