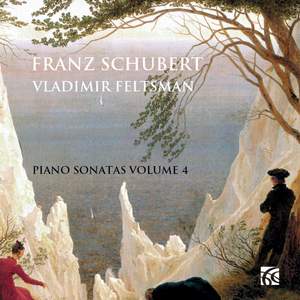 Schubert wrote eleven complete sonatas between 1817 and 1828. He also composed movements for several sonatas which he left unfinished. Sonata in A minor D784 is one of the most important singular works in Schubert’s output that stays apart from his previous and later sonatas. It is an

austere, almost minimalistic work that achieves a profound and lasting impact. It is one of the darkest and most unsettling pieces he ever wrote and one of the most confessional. This relatively short sonata, by Schubert’s standards, is one of the most authentic, prophetic and enigmatic works ever written.

Sonata in A major D959 was written in 1828, the last year of Schubert’s life, very rapidly alongside the sonatas in C minor and B-flat major, just a few month before his death. The speed, quality and quantity of Schubert’s output in the last year of his life are a marvel. In his last year, Schubert wrote some of the most important work that sums up his ideas, inspiration and ambitions as a composer. These incredible works were written by the artist at the peak of his creative powers with clarity and precision. In these works, including the last three sonatas, Schubert points the ways to resolving the perennial conflicts of existence: his final message seems to be that of acceptance and reconciliation. Towards the end of his life, Schubert was learning to accept death as a promise, as a blessing…