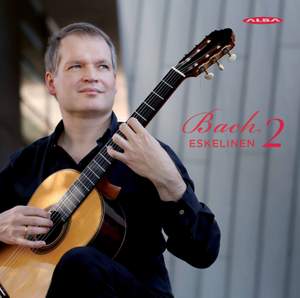 Ismo Eskelinen’s career began when he was 17, spurred on by many prizes. Eskelinen has played in all the major concert halls such as the Berlin Philharmonic, Amsterdam Concertgebouw, Royal Festival Hall, Théâtre de la Monnaie, Finlandia Hall and the Sibelius Hall. He is the first guitarist to be invited as a soloist at the new Helsinki Music Centre with both resident orchestras, the Helsinki Philharmonic and the Finnish Radio Symphony and he performs with conductors such as Sakari Oramo, Hannu Lintu, Ernest Martínez-Izquierdo, Miguel Harth-Bedoya and Okko Kamu. Recent solo engagements include concerts and recordings with the BBC Symphony Orchestra, a tour in Germany with the NWD Philharmonic, concerts with foremost Finnish orchestras.