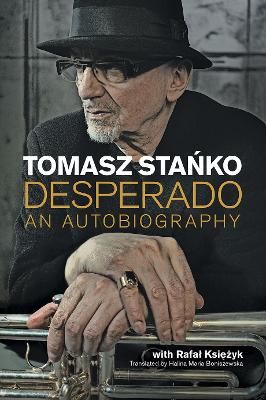 Tomasz Stanko is arguably the greatest jazz musician Poland has ever produced. His career spanned almost 60 years until his death in 2018. A visionary trumpeter and composer, a protege of Krzysztof Komeda and a colleague of musicians from Poland, Sweden, Norway, Britain, Cuba and the USA, his impact on jazz internationally was profound, proving that jazz was not exclusively an American art form but truly world-wide. In 2014 he was awarded the Polytika Passport in Poland, the Prix du Musicien European in Paris and the Preis der deutschen Schallplattenkritik. The book is a no-holds-barred extended interview with broadcaster Rafal Ksiezyk originally published in Polish by Wydawnictwo Literackie.