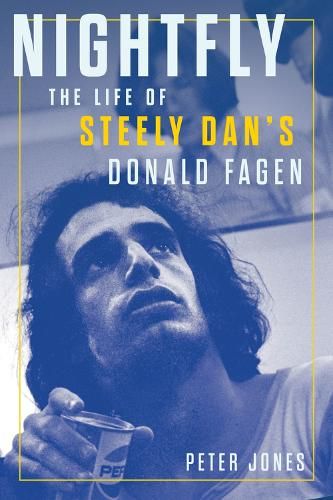 Donald Fagen will forever be associated with Steely Dan, the band he formed with Walter Becker and four other musicians in 1972. The smooth, radio-friendly veneer of the duo's songs made Steely Dan internationally popular and famous in the 1970s, but the polish glossed over the underlying layers of anger, disappointment, sleaze, and often downright weirdness lurking just beneath the surface. The elliptical lyrics were-and continue to be-an endless source of fascination. What kind of person was capable of writing such songs? Fagen has always kept his true self hidden behind walls of irony, confounding most journalistic enquiries with a mixture of obscurity and sarcasm. Nightfly cracks open the door to reveal the life behind the lyrics and traces Fagen's story from early family life in suburban New Jersey, to his first encounter with Walter Becker at Bard College, their long struggle for recognition as songwriters, and the formation of Steely Dan. The band's break-up in 1981, re-formation in 1993, and Fagen's parallel solo career are covered in detail. Author Peter Jones seeks to explain the public's continuing fascination with Fagen's music, both in collaboration with Becker and as a solo artist.