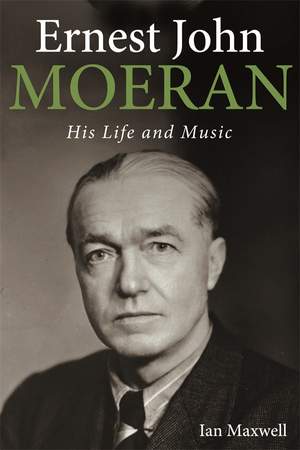 This is a very human story of a man who produced a small but treasured body of work which transcends the time and manner of its creation... Dr. Maxwell has added a major contribution both to... — MusicWeb International More…

This long-awaited study of the life and music of Anglo-Irish composer Ernest John Moeran (1894-1950) finally provides a full biography of the last senior figure in early twentieth-century British Music to have been without one.

Although Moeran's work was widely performed during his lifetime, he suffered neglect in the years following his death. It was not until a re-awakening of appreciation for the music of the folksong-inspired English pastoralism in the latter part of the twentieth century that Moeran's tuneful, well-crafted and approachable music began to attract a new audience. However, widely accepted misconceptions about his life and character have obscured a clear understanding of both man and composer.

Written with the benefit of access to previously unknown or unresearched archives, Ernest John Moeran: His Life and Music strips away a hitherto unchallenged mythological framework, and replaces it by a thorough-going examination and analysis of the life and work of a musician that may reasonably be asserted as having been unique in British music history.

This is a very human story of a man who produced a small but treasured body of work which transcends the time and manner of its creation... Dr. Maxwell has added a major contribution both to our understanding of Moeran as well as the musical society in which he moved. His writing style is objective and clear. With the precision of a surgeon and the authority of a lawyer he presents facts with supporting evidence, offers a considered interpretation of those facts but ultimately leaves it to the reader to interpret as they see fit.... As compelling a biography as I have read in several years. -- Nick Barnard