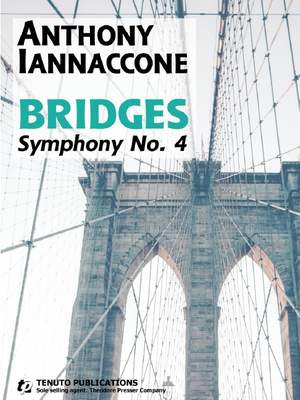 Architecture and engineering have often been invoked as a physical comparison to structuring musical patterns over time. This invisible engineering of ideas is equally true for composers throughout the centuries as well as for modern symphonists such as Anthony Iannaccone. The composer’s fascination with structures inspired his fourth symphony, titled BRIDGES, whose music bears the steely strength of these roadways over bodies of water - another source of inspiration for Iannaccone. The symphony’s first movement captures the drama of World War II, while the second and third movements pay homage to the two great iconic bridges of Brooklyn NY, where the composer was raised.