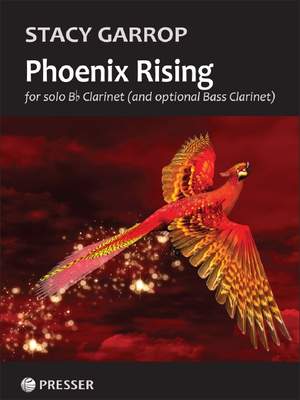 Legends of the phoenix are found in stories from ancient Egypt and Greece. While each culture possesses a range of stories encompassing the myth, these tales tend toward similar traits: a sacred bird with brilliantly colored plumage and melodious call lives for typically 500 years, then dies in a nest of embers, only to be reborn among the flames. Phoenix Rising consists of two movements: I. Dying in Embers represents an old phoenix settling on top of a pile of embers and breathing its last breath; II. Reborn in Flames depicts the newly-born phoenix getting its first taste of flight.