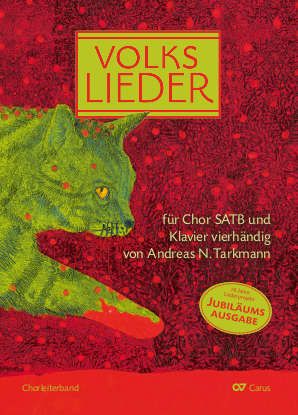 The composer Andreas N. Tarkmann, who began his musical training in the Hanover Boys’ Choir, has composed new folk song arrangements for the LIEDERPROJEKT. These are scored for four-part mixed chorus with brass quintet or piano duet accompaniment. These highly attractive compositions capture the essence of folk song style, interpreted with great artistry. They are not just simple strophic songs; instead, the well-known melodies are given novel accompaniments which add much to the text and content, commenting on it musically.

Tarkmann has grouped together folk songs with common themes, and has woven these together in the style of a medley (nocturnes, animal songs, craftsmen’s songs, sailors’ songs), so that a performance has more of an overarching form. The scorings and accompaniments are varied: there are solo passages, sometimes the chorus sings unaccompanied, but mainly with accompaniment for piano duet.