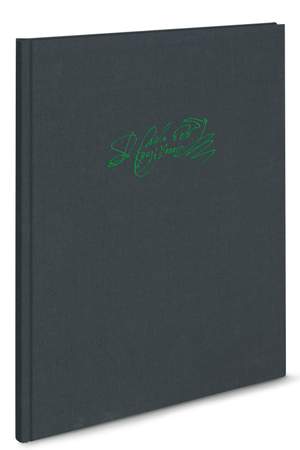 Carlo Gesualdo‘s “Responsoria” were printed in 1611, the same year as the last two of his madrigal books. Despite having received little attention at the time and during the following centuries, this collection can be regarded as part of the composer’s spiritual heritage in many respects. It was to become a central part of his oeuvre.

The edition contains 27 responsories, nine each for Maundy Thursday, Good Friday and Holy Saturday, divided into three nocturnes for each respective day; and two compositions for the Lauds of Holy Week, “Benedictus” and “Miserere” (Psalm 50).

The Foreword discusses the editorial approach and offers a description as well as an evaluation of the preserved partbooks. Based on detailed coverage of how the selected texts relate to the liturgy, as well as the six-part structure of the pieces and other musical principles, conclusions could be drawn regarding the nature and character of the assembled compositions.

The Critical Commentary records all readings of handed down copies, elaborating particularly on the use of accidentals.