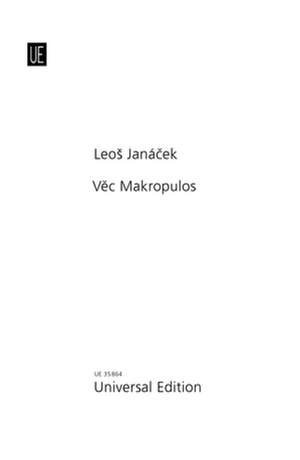 Based on the critical edition by Jirí Zahrádka. Universal Edition\'s new edition has taken advantage of all available sources, including a duplicate of the full score by Janácek\'s principal copyist Václav Sedlácek. This manuscript, housed in Universal Edition\'s archive, may well be considered the work\'s most important primary source, since the composer had it sent to his publisher Universal Edition immediately after the first performances and resultant corrections as its complete and definitive version.