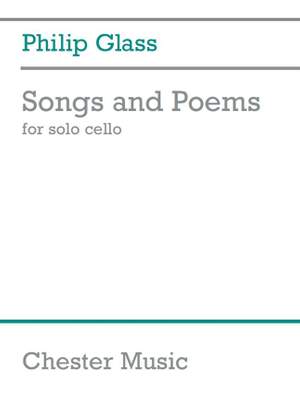 Songs And Poems For Solo Cello is a work in seven movements by Philip Glass, written for Wendy Sutter and first performed on February 13th, 2007 by her at the Howard Gilman Performance Space of the Baryshnikov Arts Center, New York. Originally based on the music of Glass’ film score to "Chaotic Harmony". A full performance of this work lasts around 27 minutes.