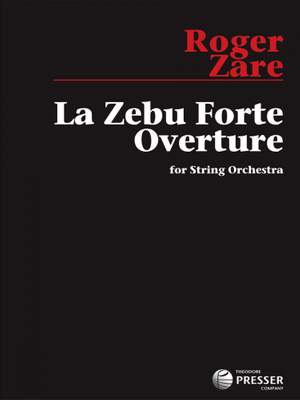 The enigmatic title of Roger Zare´s overture is an anagram of Zauberfloete the work is based on Mozart´s The Magic Flute, breaking down themes from the opera´s overture as well as the Queen of the Night aria, and spinning them out of control. Zare´s charming and clever work includes an Overt Metrical Fugue (a serendipitous anagram of Magic Flute Overture) using a subject that mashes up all of the disassembled Mozart motives. After the fugue runs its course, Zare quotes small but recognizable parts of the overture almost verbatim, but only from the players farthest away from the conductor to create a disembodied sound.