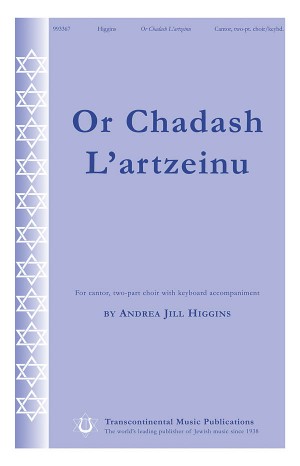 This piece, jointly commissioned for Israel's 60th Anniversary by the American Conference of Cantors and the Association of Reform Zionists of America, was debuted to acclaim at the Union for Reform Judaism's 2007 Biennial Convention in San Diego. The setting borrows from two prayers which were recently re-introduced by way of the new Mishkan T'filah siddur, giving this piece a special place in Reform worship.