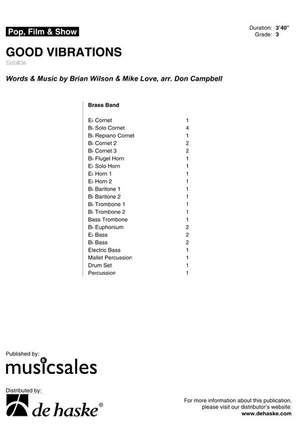 The pop song Good Vibrations, which appeared as a single in 1966, is one of the most celebrated hits of The Beach Boys. The piece, composed and produced by Brian Wilson, has been called a mini symphony. Various covers versions have been made, including a marvellous a cappella version by the King’s Singers. This arrangement for brass band, written by Don Campbell, is just as delightful as the original.