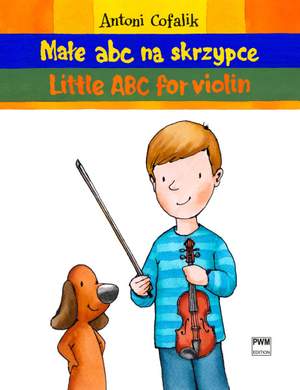 Cofalik, A: Little ABC for Violin

Little ABC for the Violin is a little book intended for four- and five-year-olds displaying an early interest in music, whose caregivers would like to introduce them to the world of beautifully-organized sounds even before enrolling them in school. This graphically charming little collection contains 36 short pieces, children’s songs and musical tales which children can first clap out or, in some cases, sing – and then (after being shown how by their teacher) play. The enlarged notes, set on a widely-spaced staff, will facilitate our charges’ reading and memorizing the melodies being played.