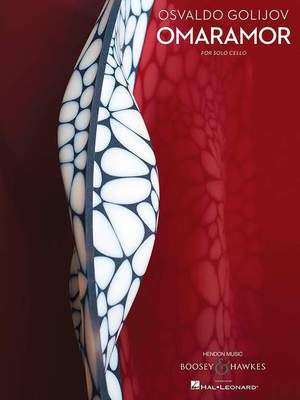 Carlos Gardel, the near-mythical tango singer, was young, handsome, and at the pinnacle of his popularity when the plane that was carrying him to a concert crashed and he died, in 1935. But for all the people who are seated today at the sidewalks in Buenos Aires and listening to Gardel's songs on their radios, that accident is irrelevant because they will tell you, Today Gardel is singing better than yesterday, and tomorrow he'll sing better than today.In one of his perennial hits, My Beloved Buenos Aires, Gardel sings:The day I'll see you again,My beloved Buenos Aires,Oblivion will end,There will be no more pain.OmaramorOsvaldo Golijov is a fantasy on “My Beloved Buenos Aires”: the cello walks, melancholy at times and rough at others, over the harmonic progression of the song, as if the chords were the streets of the city. In the midst of his wandering the melody of the immortal song in unveiled.