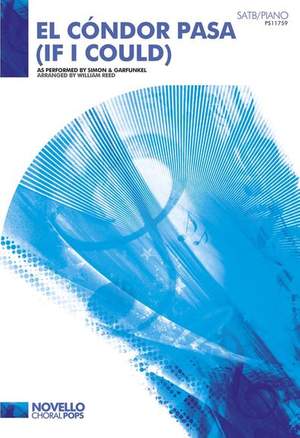 El Condor Pasa (If I Could), featured on Simon & Garfunkel's 1970 album Bridge Over Trouble Water, is based on a traditional Andean folk tune. Paul Simon chose to cover the track after hearing aversion of it performed by Jorge Milchberg’s band Urubama.

Originally written by Peruvian composer Daniel Alomia Roble, Simon personalised the song by adding his own English lyrics. On the Simon & Garfunkel version,Robles, Milchberg and Simon are all listed in the songwriting credits.

This arrangement for SATB choir with piano and optional flute accompaniment is an intriguing piece that draws upon the track’s Andean heritageforhauntingly beautiful harmonies.