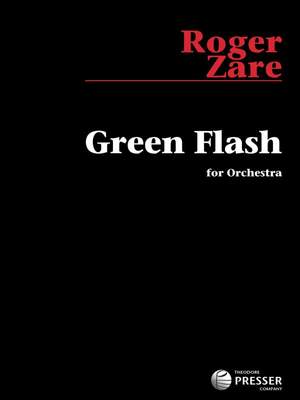 Roger Zare is living every young composer's dream. At a tender age, he has already been lauded by the best, and his compositions continue to earn awards. Green Flash, his first publication with Theodore Presser Company, was written in 2007 for the USC Thornton Symphony, received a BMI Student Composer award in 2007, was chosen to be read at the 2008 American Composers Orchestra Underwood New Music Readings, won the ASCAP Rudolf Nissim Prize in 2009, and has now won the 2012 Symphony in C Young Composers' Competition. For more about Green Flash and a YouTube video of the premiere performance, see the composer's website (www.rogerzare.com/greenflash.htm).