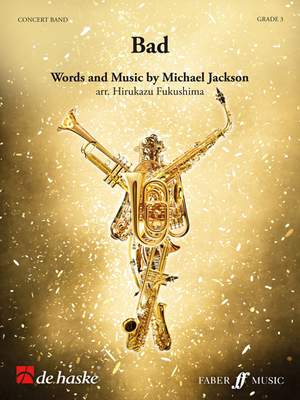 Five years after the release of the monster album Thriller, which sold a record-breaking 105 million copies worldwide up to this date, this second single from the album Bad, released in 1987, also peaked at number one on the Billboard chart. This song was performed during Michael’s first solo world tour that started from Japan (Korakuen Stadium) in September 1987. The short film directed by Martin Scorsese also generated great publicity. In particular, the animated group dance scene in the subway made a huge impact on the viewers and distinguished Michael’s image. As the video depicts, “bad” in this song’s lyrics indicate the kicking, cool unruly living on the streets. As the opening number, Bad strikes out a course of slight-but-right edginess with its dynamically groovy arrangement that underscores the electric funk in the original tune. Don’t miss the last punch line: Who’s bad?