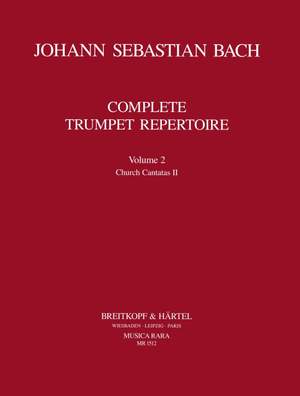 Even though Johann Sebastian Bach never dedicated any work to the baroque trumpet in particular, most of his compositions comprise appealing and ambitious trumpet parts. As valves did not appear until 1820, the composer had to cope with valveless long trumpets for the trumpet parts. However, various playing aids helped to broaden the restriction to notes of the natural harmonic series, and also virtuous playing was possible.
In this three-volume MUSICA RARA edition Ludwig Güttler gathered all parts written by Bach for the trumpet.