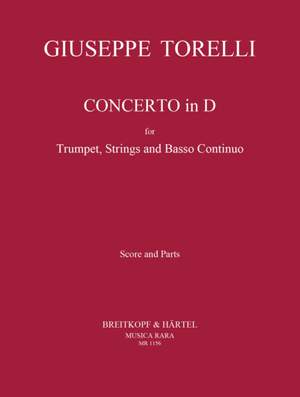 The Concerto in D was published around 1715 in a collective edition that comprised six concerti and mentioned three composers names, one of them being Giuseppe Torelli, to whom the work can be attributed unequivocally on stylistic grounds. Particularly striking is the fact that the parts of the two violins are sometimes worked out in a more virtuoso manner than that of the solo trumpet, which is only called for in the outer movements.

The edition for trumpet and piano contains two solo parts, which make it possible to play the work both on a B-flat trumpet as well as on a D instrument.