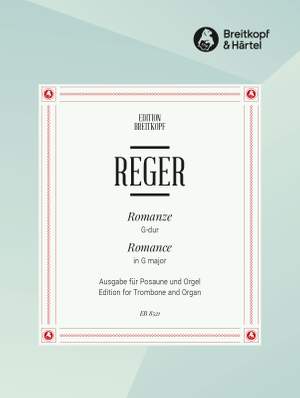 Max Reger's well-known Romance in G major WoO II/10 was written as a supplement for the Neue Musik-Zeitung, which was the recipient of works – particularly songs and piano pieces – by Reger in the years 1900 and 1901. Reger himself designated his Romance shortly after its publication as "an occasional piece of the worst kind – for me!" The work was published in 1910 both in its original scoring for violin (and piano) as well as in its first arrangements for other solo instruments.