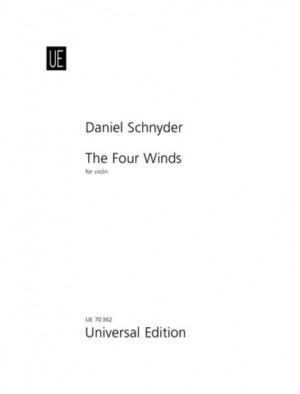 From the composer: The Four Winds reflects musical influences and connotations from the East, North, West and South. As a symbol for the various musical inspirations of the compositions, I have used the traditional names of the four winds (Anemoi) according to Greek mythology… When listening to The Four Winds musical ideas from faraway places can be heard. Without moving air, there wouldn’t be any music. Music does not fall from the sky (a truly romantic idea). It travels the world. It moves from horizon to horizon. For advanced violinists.